I’m musing over basing standards for 15mm miniatures for my future Traveller games, and I think I’m going to standardize on 3/4″ (20mm) flexible magnets for basing. I’ve been using 1/2″ flexible magnets on my bases since that works well for the Traveller maps I’ve been printing out (which have 0.5″ squares).

Magnetic bases are cool since you can transport them on metal surfaces like magnetic white boards or cookie tins. It also gives you the ability to base on magnets before you start painting and prime and paint the minis while sticking the minis on metal surfaces (removing the need to use sticky tack or other method). Magnetic minis in a metal tin for transport.

1/2″ has proved problematic in that they won’t stand up as well on textured terrain, and some minis (such as some of the Fallout minis Mason is using) simply don’t fit on 1/2″.

My goal is to build out a few platoons of minis for Player Character and NPCs so that you can quickly move into ground combat with 25-80 minis on the table and play out meaningful, tactical combat in an hour or less. I’d like to construct a platoon like you see on the Broken Stars and Burning Ships blog.

Photo from the ‘Broken Stars and Burning Ships’ blog

One thing I love about 15mm is the speed of painting. I painted up 10 Varstcheen bug NPCs for my last Traveller game in about 1 hour. That’s 6 minutes a mini — about 10x faster than painting the same figures in 28mm.

Also, 15mm is much cheaper and lets you do things like vehicles without breaking the bank. See this blog post on what $85 will buy you in 15mm!

Other reference art for my future platoons is below. $85 worth of minis From the magigames.org blog.

A platoon of minis from the http://brokenstarsburningships.blogspot.com blog. 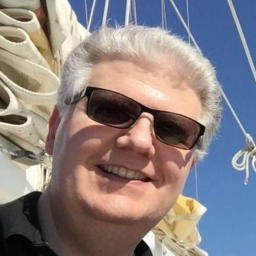